Summer is a great time to try new things and go new places! Several Trinity students started out the break with just such an adventure when they traveled to Atlanta to compete in the National History Bee. Now that it’s history, we’re excited to have a few of the contestants share their takeaways from the event for this special blog post. 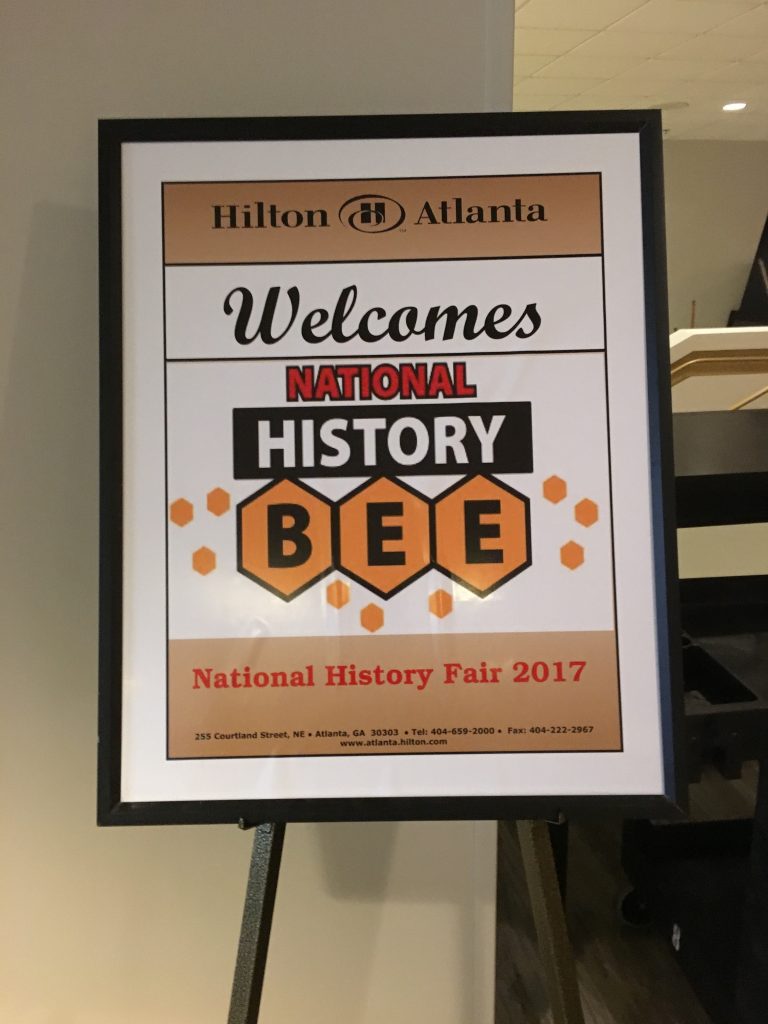 The experience of the National History Bee was so much fun. I never thought that learning could be so much fun. The questions weren’t that easy.  The questions got easier as they went. I know I want to go again. I think that next time I’ll study a little harder. 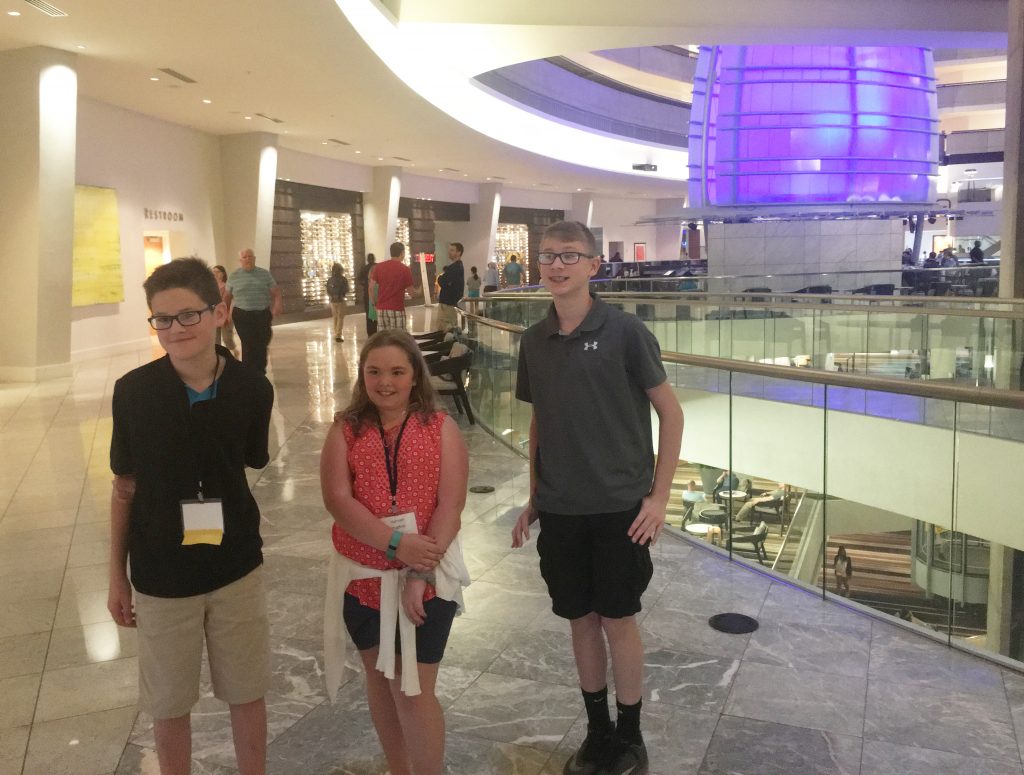 The History Bee was a fun, exciting, and new experience. The first night was pretty low-key. First, we checked in and got our schedule for the next few days. Something I enjoyed was that all of the three hotels that held competitions were connected by sky bridges that went over the streets so you didn’t have to worry about traffic or crowds.

On the second day, we started competitions. The bee or competition had four buzzer rounds and one written exam. The buzzer rounds were held in small conference rooms in one of the hotels; the written exam was held in a huge ballroom with tables spread out for all the kids. You also had the choice to compete in different events. For example, I also competed in the sports and entertainment section of the Bee. There also was the military, geography, citizenship and other “minor” bees. The minor bees worked the same as the History Bee except there was only one buzzer round and exam.

Day 3 was the finals, which were basically run the same as previous rounds, buzzer rounds, and exams. All of the questions were very difficult which made it so I could learn more. Overall it was a good experience and I hope to come back next year. 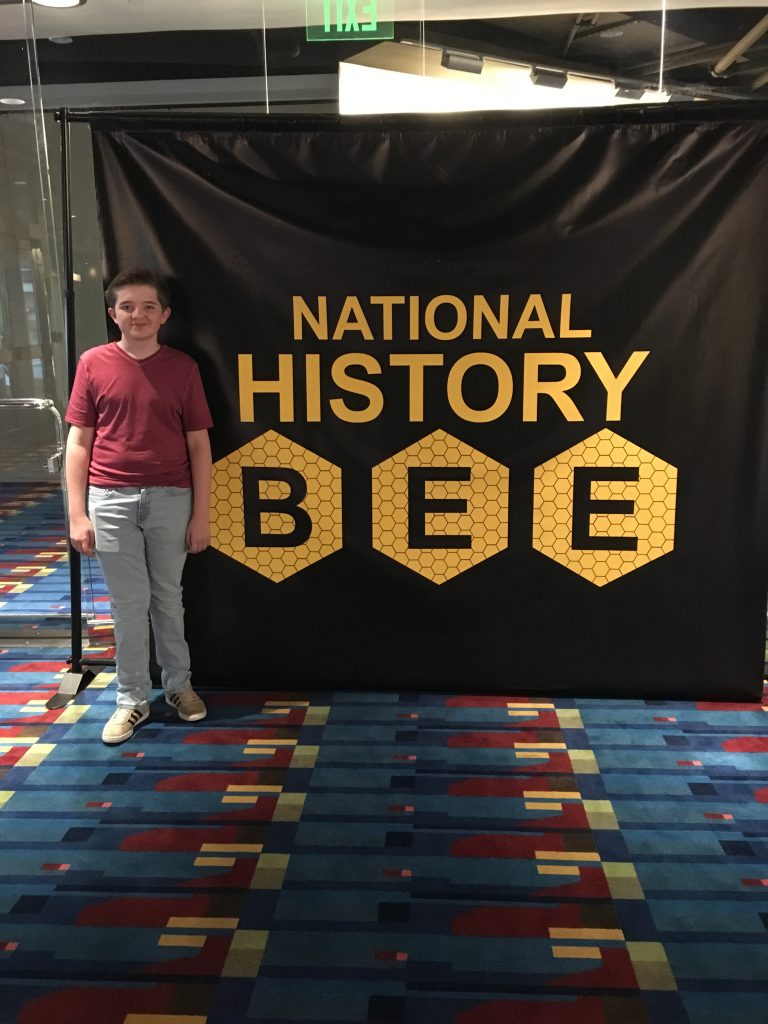 When I found out I was going to the National History Bee, I wasn’t sure what to expect. All I knew was that it was going be in Atlanta, and after school had finished for the year.

Throughout the final quarter of the school year, my mom and I made travel preparations and learned more about what awaited us in Georgia. We found out that the event would be taking place in three hotels: the Hilton, the Marriott, and the Hyatt.

After a few months of anticipation had passed, the day finally arrived. We loaded our suitcases into my mom’s car and set off for Baltimore, Maryland. We met my uncle there and stayed overnight at his apartment. The following day we went to a nearby park and threw a frisbee around a little bit to kill time until our flight. Once it was time, my uncle dropped me and my mother off at the airport and wished me luck. The flight was only two hours long and was quite smooth.

Once we arrived in Atlanta, we were greeted by my mother’s cousin’s wife. She drove us to our hotel, where we checked in with the History Bee staff. They gave me a tee shirt, a schedule, and a map of three hotels. Throughout the two main days of the competition, we had four “buzzer rounds” and one exam. They were placed throughout the three hotels, which were connected by bridges. In the buzzer rounds, up to eight people sat in front of buzzers and listened to clues that the moderator was giving. Whenever someone thought they knew the answer, they buzzed in. For the exam, about thirty people were given an answer sheet with bubbles lettered A-E, and a corresponding test. 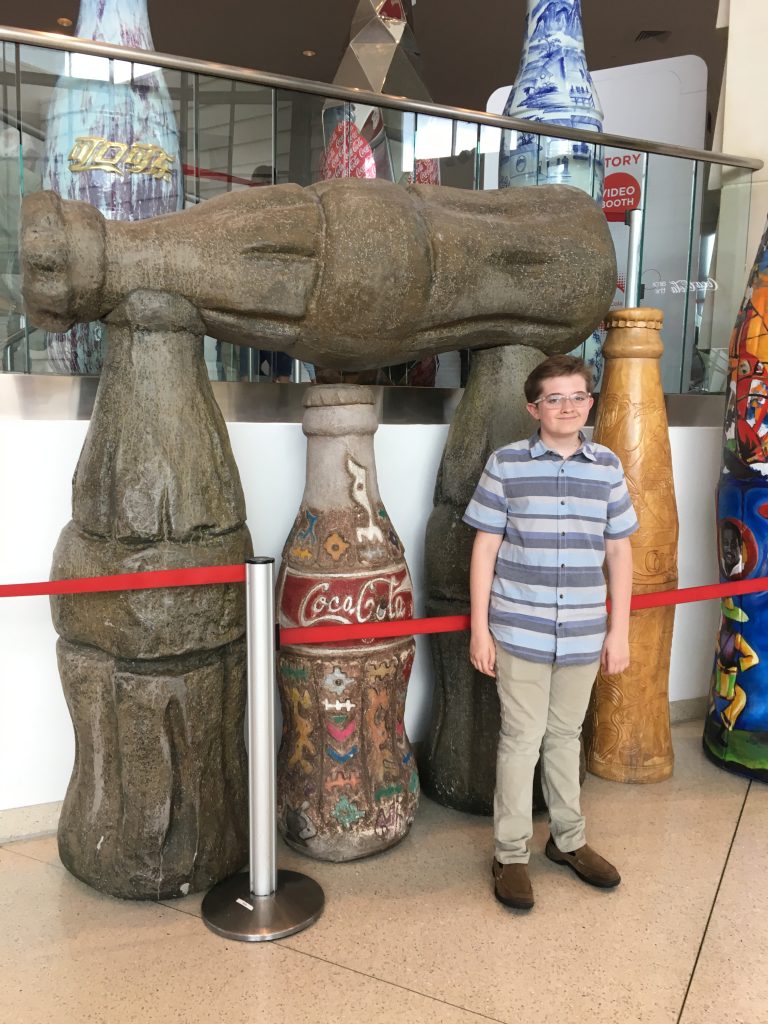 A visit to the World of Coca-Cola was a fun side trip.