Where would we be without the innovators, the trailblazers thinking outside the box? Those who see beyond what is now to what can be? What does it take to be a pioneer? Vision, guts, perseverance all come to mind. So does faith.

The founders of this school were pioneers of Christian education in Morgantown. They went beyond what was comfortable and safe and ventured into new territory. The first students who attended classes in trailers were pioneers, too. They paved the way for the students who walk the halls of Trinity Christian School today.

We still have pioneers among us. Administrators, teachers, and students who say “what if” and “why not”? When we acknowledge the Lord in all our ways, we can have faith that He will direct our path. (Proverbs 3:6) We won’t be afraid to be pioneers. 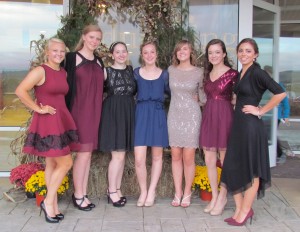 We have some pioneers in our high school. Our students planned and carried out the first Homecoming Dance for Trinity Christian School. Great job! 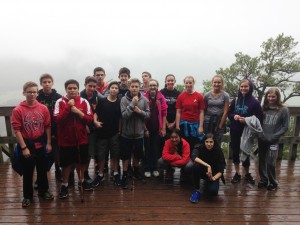 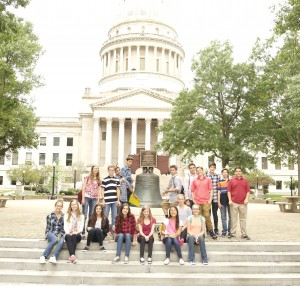 As a part of their study of West Virginia history, the eighth-grade class visited the State Capitol building, the Exhibition Coal Mine, Lost World Caverns, and Seneca Rocks. They also traveled to Green Bank, WV, to learn of the early discoveries in astronomy that took place at the National Radio Astronomy Observatory. 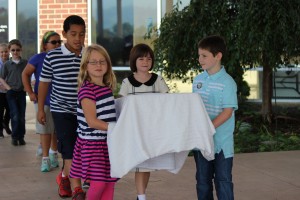 Talk about walking in faith! Second-grade students recently learned about Joshua obeying God’s unique plan of attack for the city of Jericho. Here students reenact the silent march around the “city”. 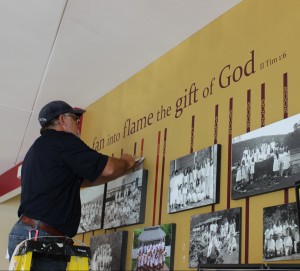 Our photo collage in the school lobby has been updated to include the Class of 2015! We’re thankful for the pioneering classes who laid the foundation for our current school. 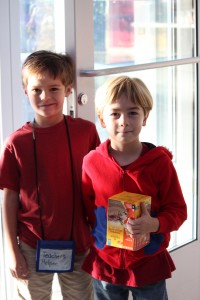 We’re also thankful for those who paved the way to merge Alliance Christian School with Trinity High School in 2005 so that we can serve students from preschool through twelfth grade. 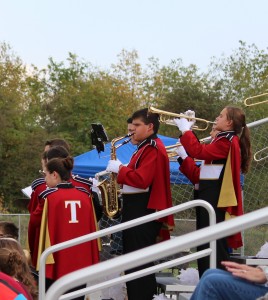 With the Warrior Marching Band still in its formative years, these students are blazing the trail for future musicians. 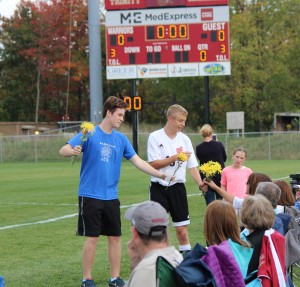 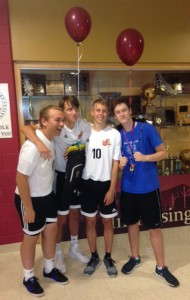 The Soccer team recently celebrated Senior Night. The senior players honored their mothers with flowers before the game. After the contest, they were recognized for their contributions to the team.