Tooting our own (band’s) horn

The Fairmont Senior High School Band Spectacular has a long, rich history. Area bands perform and display their skills at this event, held annually for 49 years. TCS Band Director Chris Kolar remembers performing at the Band Spectacular as a member of the Polar Bear Band from 1997-2001.

Needless to say, it was an extra special moment when the Warrior Marching Band took to the field at the East-West stadium, their first performance of the kind. Comprised of 26 high school and middle school students (with only 24 in attendance that evening), the band’s sound belied its size. The band performed a memorable show with confidence and style, marking the beginning of what promises to be a dynamic program for years to come.

Come out to the Auction and you can hear the band for yourself! They will be performing at 1:45pm this Saturday, September 21. Performances by TCS choirs are also scheduled throughout the weekend. We hope to see you there! 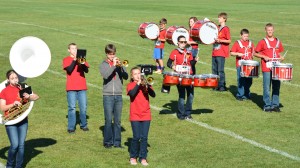 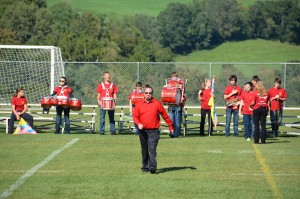 The Trinity Warrior Marching Band prepared for the Band Spectacular by practicing on the Trinity field. They will make their home field debut during half-time at the first Warrior football game on October 3rd. 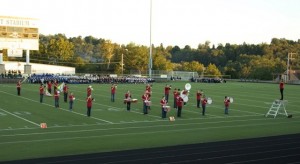 The band delighted the audience in Fairmont with beautiful music on a beautiful evening. 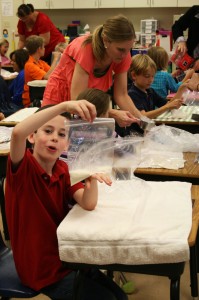 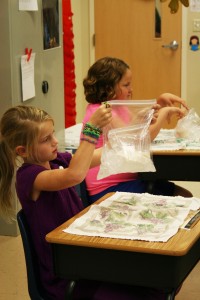 It was ice cream, not music that delighted second grade students during a recent class project. Girls and boys, overseen by class moms, had great fun creating individual portions of homemade ice cream.